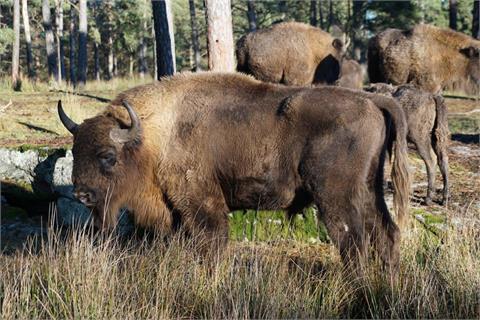 The Wisent, also known as the European Bison, is an impressive animal, it was known to wander the forests across Europe in the Middle Ages but the population has since then been decimated. In the 1920s there were only 12 known individuals exiting in zoo’s around Around europe. All living Wisent today are descendents of these 12. The population made a good recovery and we are proud to offer you the oppertunity to hunt a Wisent in the largest Safaripark in Northern-Europe, in southern Sweden, The Eriksberg Hotel and Nature Reservation. The ownder, Per.-Arne Olsson, has kindly donated this hunt and the entire proceeds for this rare oppertunty will be divided between the Safari Club International London Chapter and the other half to FACE.

Included are two nights stay in the 5-Star Hotel for two persons in a double room with full board. Gun and ammunition can be provided. The driver and tip are included as well.